Skip to content
India Foundation / Posts Page / Articles and Commentaries / Book: RESURGENT BHARAT AND OTHER ISSUES: AN ANTHOLOGY OF ESSAYS

Resurgent Bharat and Other Issues

There is an inherent strength and resilience in the people of Bharat. Despite being subjected to repeated foreign invasions since the eighth century, vandalised and colonised in part, this ancient civilisation could never be subdued nor vanquished. Like a phoenix, it rose, time and time again, and while all other civilisations crumbled and disappeared with the ravages of time, Bharat today, is the only ancient civilisation which remains. This, by itself, bespeaks of the inherent civilisational and cultural strength of this ancient land.

What the conquerers attempted to do was to erase both the knowledge base as well as the cultural heritage of the people of Bharat and replace the same with alien concepts. This was power play at its worst, which led to the destruction of India’s centres of learning and places of worship. The British rule over India, which started with the arrival of the East India Company, was focussed on wiping out all traces of Indian civilisation and in looting and plundering the land. But the narrative they spun was one of carrying out a noble and civilising mission. Earlier, the invasions from the Arabs and others, which began in the eighth century, were equally ruthless and focussed on destruction, loot and plunder. While Bharat’s cultural and spiritual edifice survived due to its inherent resilience, the psyche of the people was somewhat dented. Post-independence, the process of rejuvenation and rediscovery began, but it found resistance from vested interests within the country.

The book, “Resurgent Bharat and Other Issues” by Jay Bhattacharjee represents the narrative of a resurgent Bharat, and the challenges which Bharat—an old civilisation but a young nation state— faces from within as well as from external inimical forces. Essentially, it is a battle of narratives, which encompasses the very idea of what India was, is, and what she seeks to be. Since independence, the narrative which was spun out for the masses was written by historians who had a leftist and Islamist bent of mind. The narrative was a continuation of what the Islamic invaders and later the British had instituted into the public discourse. Events were viewed from the perspective of the invaders and not from the viewpoint of the indigenous people. This was a deliberate attempt by the ruling clique, who perhaps themselves had been psychologically debilitated and could see little good in their own culture and civilisation. Consequently, any attempt to view events through the Indian perspective was not only derided but deliberately stifled and those espousing such views were denied a voice in the corridors of power and in our educational institutions. India’s left leaning elite was determined to wipe out all vestiges of India’s cultural past and the demand of electoral politics aligned the ruling party with such forces.

But despite the fact that attempts were made to stifle the voice of those propagating a nationalist narrative, such voices continued to grow. Today, many decades post-independence, the voice of Bharat has finally emerged, strong and clear. Much of the credit for this turnaround goes to authors like Jay Bhattacharjee, who has done yeoman service to the country by speaking out for Bharat’s spiritual and cultural ethos, despite facing severe opposition to his views, especially from the Lutyen’s coterie. This coterie is not confined to the municipal limits of the Lutyens Zone, nor can all the inhabitants of this geographical space be so described. Rather, it refers to people exhibiting a particular mindset, who have honed their skills in deriding their own culture and civilisation, an attribute that was mastered from the time of the Islamic invasions and later during British rule.

In this collection of essays by Jay Bhattacharjee, written over the last quarter of a century, the author has delved into multiple issues which are of concern to India. Understandably, Indic culture and civilisation along with the twists and turns of Indian politics, occupy a quarter of the space, for this is the edifice on which a vibrant Bharat has to be built. Ultimately, the issues which impact India are not just about development, jobs and good governance, but also about how we look at ourselves and at our history. Should India be held hostage to ideologies that seek to demean our culture, our heritage and our very way of life? Or should we reclaim with pride the ethos and spirit of a proud people, whose land was pillaged for a thousand years but whose spirit could not be subjugated? Here, Jay does yeoman service in awakening the mind through his very caustic essays, tinged with humour and at times a bit of acerbity. More importantly, by challenging those who continue to espouse the legacy of Macaulay, he forces the reader to think and question long held beliefs and opinions.

The collection of essays also includes the authors thoughts on religious issues which continue to inflame India, the state of the Indian economy, military and strategic issues and also on India’s justice delivery—or rather the lack thereof. Some of the essays are tongue in cheek, hitting hard at the pompous and the servile who occupy high positions in the corridors of power and in society. But each essay makes the reader think and ponder, which is why this is a book that must be read and treasured. You may agree with the author or you may disagree with him. But it is not possible to ignore him. And that is the strength of this book.

For all those who have a strong desire and a penchant to see India as a great power, occupying its rightful place in history, this book will act as a strong motivator. Bharat is moving on…and so should you. 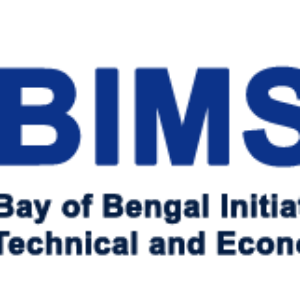 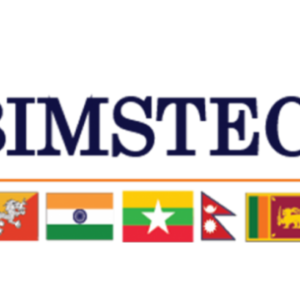 BIMSTEC: Evolution and Its Future